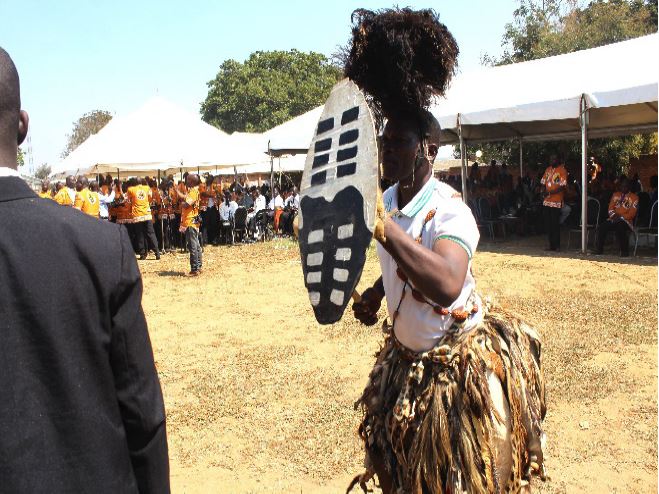 Inculturation that goes beyond dance

Inculturation is a terminology that became commonly used during and after the Special Assembly for Africa of the Synod of Bishops in Rome in 1994. Looking at the strength and influence of cultures in Africa, the Synod Fathers saw the urgent need for inculturation.

Inculturation, in simple terms, in the words of St. John Paul II is “The process by which catechesis takes fresh in the various cultures.” “It is the insertion of the Gospel message into cultures,” (Catechesis Tradendae). In his Post-Synodal Exhortation, Ecclesia in Africa, John Paul II explains the two dimensions of inculturation: first he talks of culture being integrated into Christianity and second, the insertion of Christianity in the various human cultures.

Africa has been blessed by a multiplicity of cultures which if made open to the Gospel, can provide a fertile ground for the growth of the Gospel. Most of the cultural values manifest in external expressions such as dance, postures, worship, reparation for damages, for example, a community settling a case between people peacefully by imposing a penalty on a culprit, preservation of nature in respect of the spiritual world, such as conservation of forests on the land of the dead, as well as respecting human life. Africans love and value life beyond death. Anything that threatens life is treated as an enemy. Africans love children as gifts from God. Africans love and value togetherness and family integration.

In Africa, liturgical actions are a pure expression of the cultures. At the liturgy, shaking and movements of the body are part of worship. But should liturgy be confined to dancing, shaking and moving body parts?

The liturgical dances that we see and watch and perhaps enjoy during worship, must be enlightened by faith. A dance during the liturgy should move the hearts to prayer and deeper reflection and not to entertain the praying congregation.

“A faith that does not become culture is not fully accepted, not entirely thought out, not faithfully lived,” (St. John Paul II). Similarly, a cultural value that resist to be transformed and integrated into the Christian life cannot be trusted. Faith and culture should come together. It is the work of the Gospel to cast light on any cultural value to assess whether it is helpful for a faith community.

For inculturation to truly take the name has to infiltrate the whole of a person’s life; family, education, economics, etc. Ecclesia in Africa of St. John Paul II emphasises on witness, “genuine witness by believers, and authentic proclamation of the faith”.

A liturgical dance without deep faith and knowledge of the Gospel can only turn into a theatrical performance. Inculturation is about living the life of the Gospel, letting the faith to transform the life of an individual and to allow Christianity and culture to dialogue. Faith brings out the good in the cultural values and this helps an individual to appreciate culture as a gift from God.

Relations between Culture and The Good News of Christ

“There are many links between the message of salvation and culture. In his self-revelation to his people culminating in the fullness of manifestation in his incarnate Son, God spoke according to the culture proper to each age. Similarly, the Church has existed through the centuries in varying circumstances and has utilized the resources of different cultures in its preaching to spread and explain the message of Christ, to examine and understand it more deeply and to express it more perfectly in the liturgy and in various aspects of the life of the faithful.” (Vat. Council II, Church in the Modern World, no. 58)

There is a belief that culture is a gift from God and that God respects every culture. God used a particular culture to bring his message of salvation to all the people in the world. His message has the power to renew and purify the cultures of people. His Word, (Jesus Christ) came down to dwell with people. While with the people, he transformed their lives, physical and spiritual. In the Gospel of John, he met a woman of Samaritan origin, “How can you, a Jew ask me, a Samaritan woman, for a drink?” Jesus replies to her, “If you knew the gift of God…” The Word of God is really a gift to all cultures, Jewish, Samaritan, Chewa, Yao, etc.

Cultures should be open to the work of the Gospel. The Good News of Christ, in the words of Vatican Council II Fathers, should be allowed to renew the life and culture of fallen humanity. It should be given space to purify and elevate the morality of the peoples. Let the Holy Liturgy not be confined to dancing and shaking of body parts. It should go beyond the carrying of the Holy Gospels in the basket. Inculturation should resonate in genuine reconciliation, love of life, and creation of which the Word of God came to save.

This article first appeared in the Christmas 2018 edition of Mpingo Ndife Tonse Magazine.