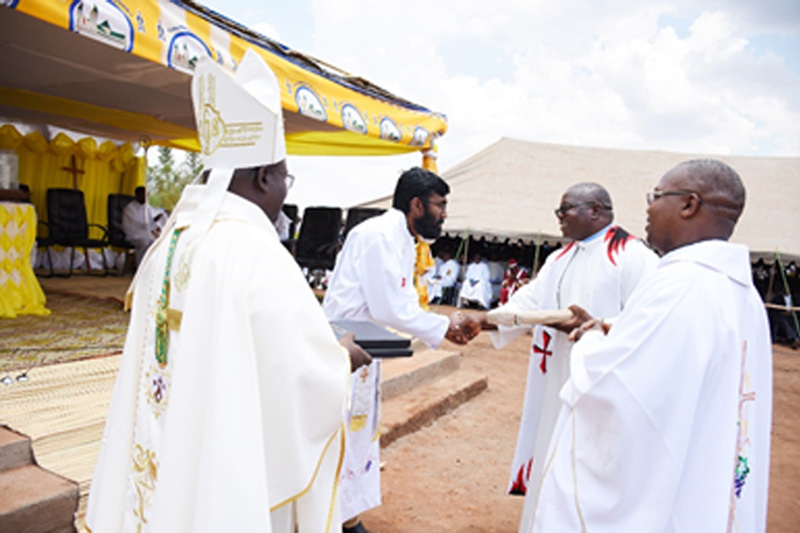 Archbishop Tambala on 19 November, 2022 led the congregation in the Solemn Mass of the opening of St. Bernadette, Chitula Catholic parish. The new parish has been created from the two other parishes of Christ, the King, Nambuma parish in Dowa deanery and St. Peter’s Namitete parish in Likuni deanery.

In his homily, based on the gospel according to Luke, chapter 23 from verses 35 to 43, the Bishop encouraged all the parishioners of the new parish to be united, not to segregate one another on the basis of the differences they have. Like on the cross of Christ, three languages were used; Greek, Latin and Hebrew, meaning; let all the differences benefit the Church. “The Romans spoke Latin, the Greeks in Jerusalem spoke Greek and the Jews spoke Hebrew. Jesus Christ on the cross unified all to himself. In Epiphany, we remember the manifestation of Jesus Christ to all the people. Therefore, let all of you be united,” he said. He continued to say that even at Pentecost, people from all sides of the earth, from Ponto, Phrygia, Egypt, Medes, Mesopotamia and other places who were in Jerusalem were able to understand the different languages because, with the Holy Spirit, we all become one. 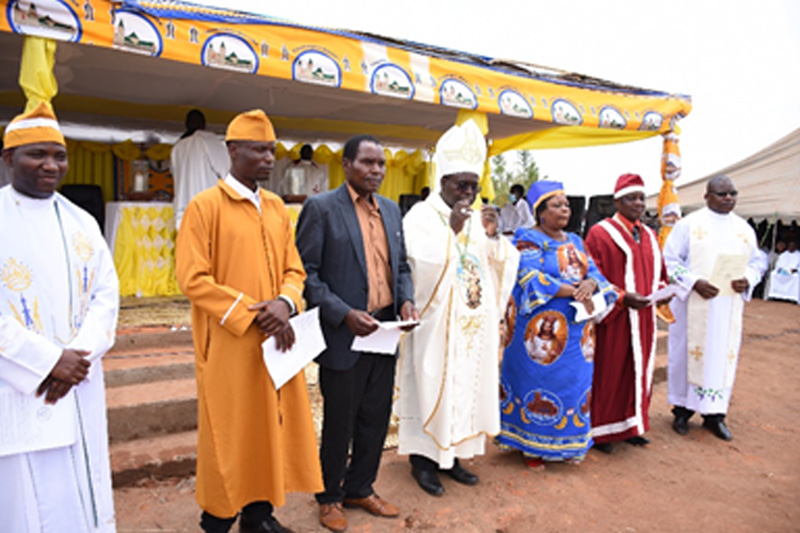 Chiefs’ Committee with the Archbishop

At the same function, the Archbishop instituted the Catholic Chiefs’ Association. He already formed the Chiefs committee in an acting capacity. The committee comprises Senior Traditional Authority, Kalolo of Lilongwe, Senior Traditional Authority Khongoni of Lilongwe, Inkosi Zulu Jele of Mchinji, Traditional Authority Pinda, also of Mchinji and others. Monsignor Patrick Thawale is part of the committee, representing the Archdiocese. Fr. Deus Dedit Kanyambo, from the Archdiocesan tribunal and Fr. Steven Chikhasu has been appointed as Chaplain of the Catholic Chiefs’ Association. The Bishop encouraged the chiefs to promote tolerance among the people and allow everyone to freely display their talent in the communities. 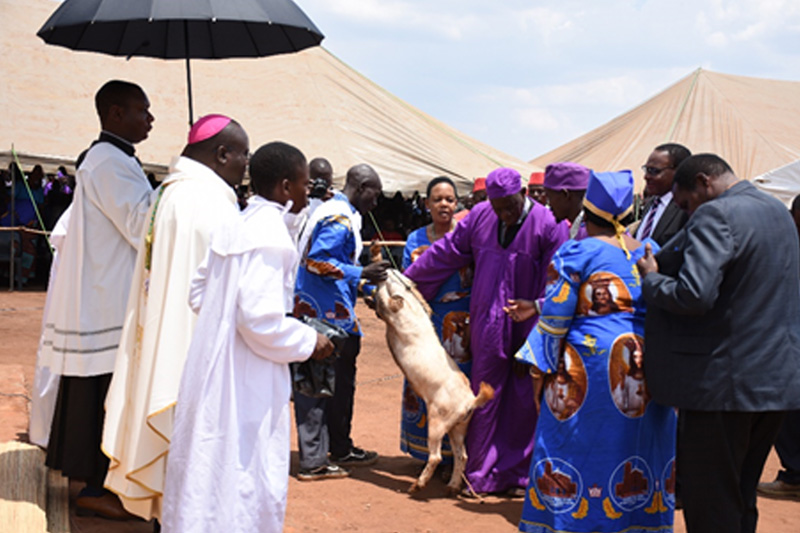 Chiefs giving a gift of a goat to the Archbishop

His Grace gave hope to the people of Chitula of the developments that will come at the new parish. He promised that with the cooperation of other stakeholders a hospital and school are possible at the parish.

The new parish will be served by the St. Vincent de Paul priests, otherwise also known as the Vincentians, and Fr. Sojan John is the first Parish priest of the new parish, of Chitula. 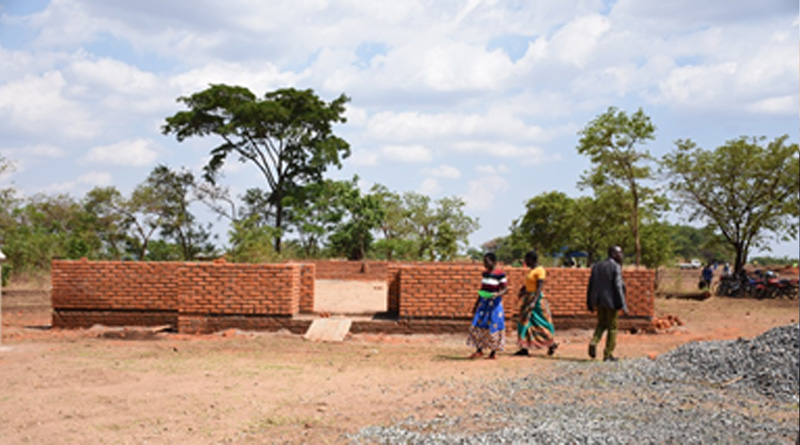